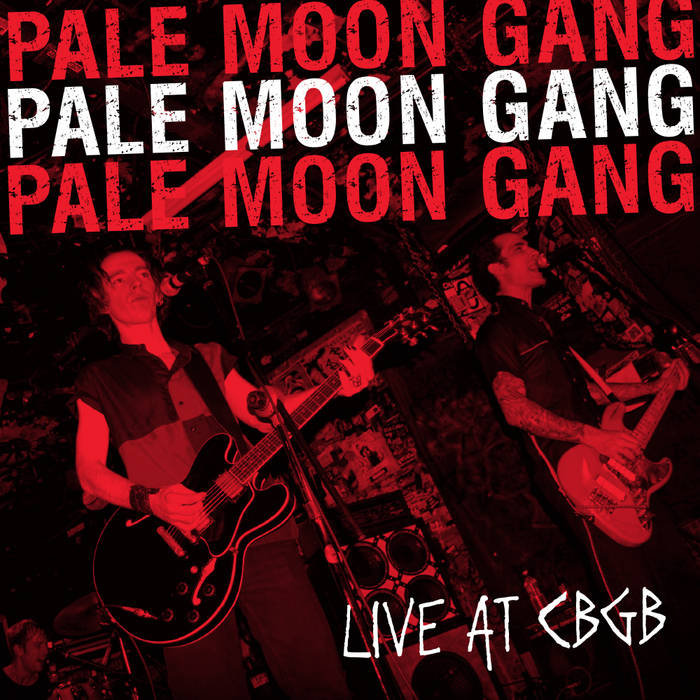 PALE MOON GANG - LIVE AT CBGB. Our last gig ever at CBGB. Recorded on November 16th, 2005. THIS IS NOT A MULTI-TRACK RECORDING! No overdubs, no re-mixing. Recorded straight through CBGB's soundboard. What you hear is what was played onstage. Live rock'n'roll … the way the gods meant it to be heard.


Pale Moon Gang fit well at the soulful shoebox dive at Bowery and Bleeker. Their sound had/has the grit and grime of the elders that made CBGB's reputation, a guitar-based racket that would drink whiskey at the club's long bar with Cheetah Chrome and Jimmy Zero, Walter Lure, Robert Quine, Lenny Kaye, and Sylvain Sylvain. Plus they've covered 1979 Iggy Pop, and also cover Sex Pistols' 1977 b-side "Did You No Wrong" here. (And the self-explanatory Donald Rumsfeld-George W. Bush dedicated "Blood Red River", begins like David Bowie's 1977 LOW song, "Breaking Glass".) PMG board recorded this November, 2005 gig 11 months before the venue ended its 33 year run, and LIVE AT CBGB makes an alternative first album; only four cuts would make their 2008 eponymous debut. The rest, as they say, is history --- and here it's caught alive, not dead.

Bandcamp Daily  your guide to the world of Bandcamp